Explore an immersive virtual reality exhibition to discover international projects offering solutions to the climate crisis. Accessible globally from a laptop, tablet or mobile device, this exhibition invites everyone to learn about innovative and sustainable ideas for buildings, cities and infrastructure that are having a positive impact on people’s lives.

The ‘COP26 Built Environment Virtual Pavilion Open Call’ was launched at the end of June 2021 to help find global projects that offered replicable solutions to the climate crisis. These projects, along with a centrepiece installation, are on display in the Build Better Now exhibition.

Anna is an initiator and founding member of the German Sustainable Building Council (DGNB). She is an expert on the DGNB certification system, striving towards a more sustainable built environment.

Since 2015, Anna has been responsible for DGNB’s research and development department. She leads the development of the DGNB System, coordinates related research projects and supports DGNB’s political positioning. Anna’s latest main projects include the assessments of the EU Sustainable Finance criteria for green finance products, the implementation of the EU Level(s) framework into DGNB’s activities and the development of DGNB’s “Framework for climate neutral buildings and sites”.

His day job is as Executive Chair at igloo Regeneration. Igloo co-founded the ‘World’s first Responsible Real Estate Fund’ (United Nations) and were the UK’s first real estate B-Corps (profit for purpose). Igloo’s purpose is for People, Place and Planet and they are working to drive carbon out of real estate development in the UK.

As Executive Director of Sustainability & Innovation, Tor galvanizes the delivery of GBI’s environmental goals for 2030, which will see the business become net zero carbon and zero waste by the end of the decade, while also contributing to a significant increase in biodiversity in its communities. She sits on the GBI Executive Committee and is currently a COP26 Built Environment Climate Ambassador.

Tor has worked in the company for over a decade. She previously held the position of Director of Placemaking and Head of Strategy. She chairs the Westminster Property Association’s Senior Advisory Committee and sits on the Advisory Board of Goldfinger, a social enterprise.

As the Head of Market Transformation, Jorge is responsible for ensuring the GBCA’s product and service offerings deliver healthy, resilient and positive places for people and nature. This includes setting the vision for Green Star, Australia’s leading rating system for the built environment. He currently chairs GRESB’s Australia and New Zealand’s Benchmark Advisory Group, and the WorldGBC’s Global Commitment for Net Zero Carbon Buildings Taskforce. He is also a member of ClimateBonds building standard working group.

Elizabeth made it her core business to be part of the solution and lives by the motto “What we build today will form the Africa of tomorrow.’’ Beyond ESG strategic and technical leadership, Elizabeth believes it is our noble responsibility, as a human community, to enhance the environment in our economic pursuits.

Christina is a Green Buildings Specialist and leads the Community of Practice in the Global Green Growth Institute. Christina has completed building projects in India, the Caribbean, Tonga, PNG, Senegal, Serbia, among others. She has co-authored numerous publications highlighting green growth opportunities through sustainable urbanization. Prior to GGGI, Christina worked with UN Women   in   Papua   New   Guinea, where she supported city governments in improving safety in public spaces. She promoted civic participation and improved management of public spaces. Christina spent 8 years in engineering consulting, designing climate-friendly buildings. She is also a LEEDS AP and EDGE Expert.

Hastings is the Managing Director of Regions and Mayoral Engagement & Regional Director for Africa at C40.

He serves on the Advisory Board of African Centre for Cities and sits on the Advisory Group for the African Cities Research Consortium at the Global Development Institute. He is one of the Board of Directors at the World Green Building Council and sits on the Technical Advisory Group of the Global Environment Facility – GEF. He is also a member of the World Economic Forum’s Global Future Council on Clean Air, and serves on the Global Supervisory Council/Board of Wetlands International.

Felipe is the CEO of the Green Building Council Brazil, an organization that has accelerated the greening of Brazil’s construction industry, making it one of the top five markets in the world for LEED, and influencing large-scale projects like Brazilian Coalition for Net Zero Energy Buildings and the 2014 FIFA World Cup. Felipe previously served as a volunteer of the LEED Steering Committee, a group of professionals responsible for maintaining LEED as a global leadership tool, and is currently Board Member of World Green Building Council.

Position: President of the Landscape Institute and Director of Fira

Jane Findlay is a Landscape Architect, the founding director of Fira and President of the Landscape Institute.

She is an experienced masterplanner and designer of large and complex projects in the public realm, residential, infrastructure, higher education, healthcare and biomedical sectors. Jane is particularly experienced in the design of the healing landscape for healthcare. During the last 30 years Jane has delivered some of the largest and most complex healthcare projects in the UK, with an emphasis on sustainability and health and wellbeing.

Jane is a sustainability advisor on the University of Warwick Estate & Environment Committee.

Sunand Prasad is a Principal of Perkins&Will and co-founder of the highly regarded architects, Penoyre & Prasad which became a studio of Perkins& Will in 2019. The practice’s work ranges widely across many sectors and places, with a commitment to sustainability, research and high quality design as evidenced by multiple awards and publications.

Sunand was President of the Royal Institute of British Architects 2007-09 campaigning for action on climate change, reform of architectural education and better integration in design and construction. He is one of the London Mayor’s Design Advocates and Chairs the Editorial Board of the Journal of Architecture. He was a founding Commissioner of the Commission for Architecture & the Built Environment, member of the Government’s Green Construction Board, trustee of the Centre for Cities, advisor to the Government’s Building Better Building Beautiful Commission, and Chair of Article 25, the humanitarian architecture charity. He is the author of a number of books, articles and broadcasts on architecture, culture and sustainability. Sunand is also currently a COP26 Built Environment Climate Ambassador.

Sue’s been a champion of zero-carbon homes and communities for 25 years. Sue and Bioregional initiated the iconic BedZED eco-village in London, UK where Sue lives and Bioregional has its headquarters. Bioregional evolved the BedZED strategies to create One Planet Living, a sustainable living design framework and process, now used in over sixty countries in $30 billion of real-estate development.  Sue leverages the work of Bioregional and partners to change policy and industry practice in the UK on zero carbon homes and the London 2012 Olympics; and internationally on Sustainable Consumption and Production in the UN Sustainable Development Goals process.

Diba Salam is the Founder and Creative Director of StudioDS, a dynamic London based architectural studio with bureaus in Dubai and Bangkok. As signatories to the UN ‘Race to Zero’ campaign, StudioDS core values are routed in promoting UN SDGs through designing efficient, adaptive, and effective communities.

Diba is an active voice in promoting sustainable innovation and diversity in the built environment through her role as COP26 Built Environment Climate Ambassador, Woman in Construction Ambassador, RIBA’s International Committee member and UK Export Champion with the Department of International Trade.

Amanda Sturgeon, FAIA is the Head of Regenerative Design at global consultancy firm Mott MacDonald and is based in Sydney. As the former CEO of the International Living Future Institute, she spent a decade creating regenerative frameworks such as the Living Building and Community Challenge programs, scaled the organization globally and created a global movement around Biophilic Design. Amanda is an award-winning architect, author of Creating Biophilic Buildings, a TED Speaker on Bringing Biophilic Design to Life and has an essay in the recently released anthology All We Can Save: Truth, Courage and Solutions to Climate Change (September 2020).

Peter Templeton is President and CEO of the Cradle to Cradle Products Innovation Institute which works worldwide to advance the design, production and use of safe, circular and responsibly made products.

Peter served previously as Senior Vice President of the U.S. Green Building Council which he originally joined over two decades ago to help develop and launch the LEED Rating System. Peter was also the first President of Green Business Certification Inc. (GBCI) which administers certification and professional credentials for environmental leadership standards in over 150 countries and territories.
Peter currently serves as a board member of the World Green Building Council and of Sustentabilidad para México (SUMe).

Wei is President of the Royal Town Planning Institute for 2021. She is a lead figure in researching, promoting, and implementing 21st Century Garden City approach, and has been actively promoting low-carbon development methodologies worldwide.

Wei is the Founder of Wei Yang & Partners, an award-winning master planning firm in London. She is a Fellow of Academy of Social Sciences, an Independent Trustee of the Landscape Institute, a board member of the British Library.

Wei is the Global Planners Network (GPN)’s representative at UN Habitat Professional Forum. She was the co-chair of UK-China Eco-city and Green Building Group (2013-2016) and is now the co-chair of Digital Task Force for Planning. 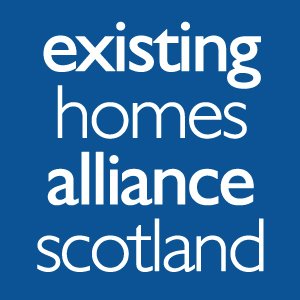 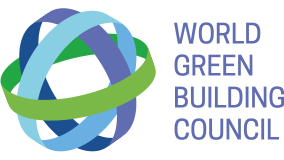 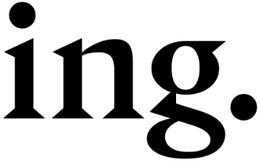 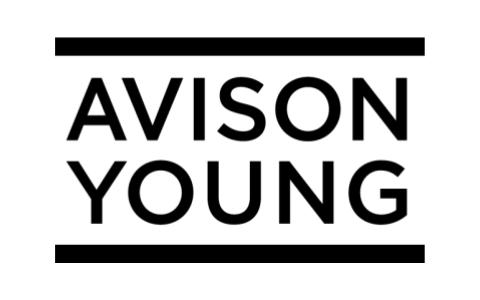 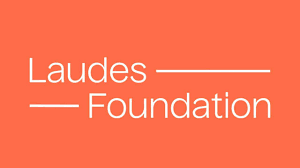 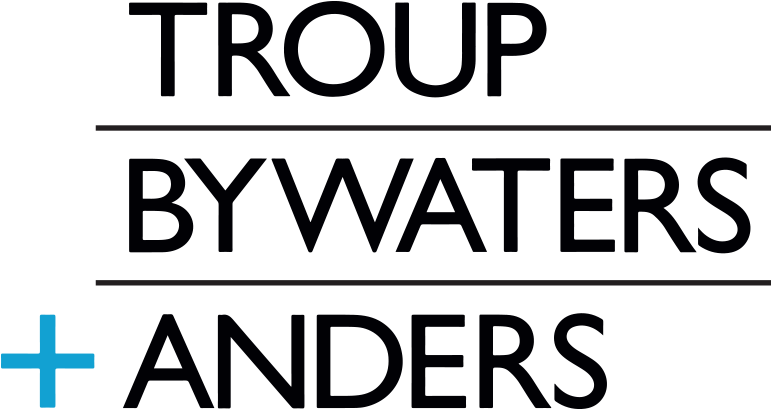